Back to all RForm case studies Next 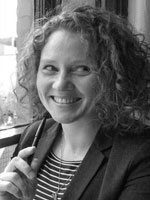 When multi-award winning architecture firms KPMB + PUBLIC, associated architects, won the contract to design the $36-million Wilson School of Design for Kwantlen Polytechnic University (KPU) there were many challenges to meet. The architects dealt with the project being sited on land with a very high water table and infirm soils, and had to account for seismic conditions. This was a complex project that carried high expectations, to make Richmond the hub of BC’s design industry with a focus on fashion, interior, graphic, and product design – the facility is named for Lulu Lemon founder Chip Wilson and wife Shannon Wilson, who contributed $8 million towards the project.

The KPMB + PUBLIC team created a bright and open five-story space that drives collaboration between students and faculty. Referencing traditional post and beam warehouse loft construction, the team at Public Design utilized a light yet rigid structure of oversized glue-laminated beams to overcome the geotechnical challenges of the site. Divided by glass walls, the teaching studios, labs, galleries, and all other spaces in the Wilson School of Design encourage openness and interaction. The building was designed with gathering spaces in mind, and frames a central green space in this hip urban campus that adds space for 140 full-time design students. The Wilson School of Design opened in January 2018, and faculty and students had their expectations exceeded by this stunning design.

The renovation includes upgrades of the electrical, mechanical, heating and cooling and fire safety systems, a new interior, masonry repairs and a new copper roof. The project is being completed in a phased renovation in which half the building is occupied while the building systems are changed out in the other half. For example, the occupied floors run on the old electrical panel while the new panel is being installed. The electrical supply on each floor is switched over to the new panel during brief building shutdowns.

“All the information for each project is readily available and easy to access, and with a single button you can export the project in a variety of formats.”

This is one of many hugely successful and impressive public works projects that PUBLIC has worked on, with projects running at between $200,000 and $40-million. The architects at PUBLIC have been using RForm to manage projects internally since 2011, but had limited success in getting contractors to buy in to using the software. “We’ve found when using RForm that it is difficult sometimes to get the contractor to actually input their information, but when they do it makes the process so much smoother, and they look back on it and are happy to have done it,” explains Chris Forrest, Architect AIBC, PUBLIC, Vancouver, BC

In order to streamline all processes for the Wilson School of Design, using RForm was written into the project specifications. As a consequence, the chosen contractor bought in fully to using all of RForm’s features and ended up being very pleased with the platform, says Forrest. Like the team at PUBLIC, the contractor was impressed with the simplicity of the RForm interface, and the fact that at all times everyone involved in the project could get a clear picture of what was happening. “Using RForm makes the process more transparent for the whole project team,” says Forrest.

There are several reasons that the team at PUBLIC likes using RForm, says architect Courtney Healey. For one, it has all the forms and necessary documentation tailored for Canadian construction contract. They enjoy how smoothly projects run when everything is kept within RForm, and how easy it is to pull information once a project has finished. RForm has a really great archiving function so once that you're finishing a job you archive it as it's own mini site. You could always go back to it, which we have done many times. All the information for each project is readily available and easy to access, and with a single button you can export the project in a variety of formats,” says Healey.

PUBLIC has also found an unexpected bonus use of RForm: it functions as a teaching tool for junior employees and graduates coming to their office. “Contract administration can be a big hurdle for them. The videos that RForm uses to describe how its software works are also describing how contract administration works, so we’ve found it to be really useful as a training too,” Healey says.

RForm has become an integral part of how PUBLIC communicates with contractors and consultants, and going forward they’ll be continuing to expect buy in from all stakeholders. “Prior to using RForm, we had a fancy Excel spreadsheet that we used for tracking our construction administration, and it was painful,” says Forrest. “This is a much better user interface. RForm is such a great resource.”

Try RForm now and see how it can help you on your project.

Getting started is easier than you think, Rform is priced per project with no limit on the number of project team members.